The two paintings which are used to illustrate this account by Mr. RJ Mitchell were painted by him from memory and are reproduced with his kind permission

A telegraphist on Motor Torpedo Boat '48'

"About two weeks previous to the escape through the Channel of the German Battleships Scharnhorst and Gneisenau accompanied by the Heavy Cruiser Prinz Eugen we were sent over to the French coast with the understanding that "a very important and large target is expected". Although we had been reinforced at Dover  by a flotilla of British built, brand new, faster and more heavily armed boats of a Dutch Flotilla, there was a great shortage of servicable boats, a result of which was that we on MTB 48 were going out every night, sometimes with one or two other boats, mostly it was the old J.S. White boats, 42, 44, 45 and 48.

It was expected that the 'target' would come through the Dover Straits at night under the cover of datkness however, the German's had anticipated that we would expect this to be the case and instead timed their 'Dash' through the Straits during daylight. When it was realised that the German fleet were actually approaching the Dover Straits and all hell broke loose the only servicable boats were in Ferry Dock, Dover. Of the six boats available only five 'crash started' and departed Dover Harbour flat out.

On the way over, the poor devils in the old Swordfish biplanes they sent out passed overhead just as we came into sight of the enemy. It was at this juncture that my radio went u/s, and having reported it to the Skipper, was told to come up top and 'grab a rifle or something'.

It was a vile day in early February 1942, wind force 5-6 (we were not supposed to fire torpedoes above force 3 and not even supposed to be at sea above Force 5, as small flat bottomed planing boats could easily break their backs. When I arrived up on deck, what a sight met my eyes. A rough choppy day, grey and scudding clouds, bouncing about on 5 - 6 feet high waves. Not much for a ship, but to us, heavy weather.

On the horizon, about five miles away, two filthy great Battleships and a Heavy Cruiser with around eight Destroyer's and maybe another ten smaller,  Minesweeper's and such like and, probably another dozen large E Boats, one of which was passing and blocking our way and was about fifty yards away, we could see them all sitting there on their guns which, were pointing at us but they were not firing them.

Overhead, were many aircraft, nearly all of them with Swastikers on, and half a dozen antique British biplanes (Swordfish). The Messerschmitts were queuing up to get a shot at them, they were coming up on them with wheels and flaps down, revving their engines to save stalling, all this to get a longer burst in at them. Mind you, the Swordfish being WWI design, made of sticks and canvas, most of the cannon shells went straight through, but one by one they were all shot down without getting near the Battleships. 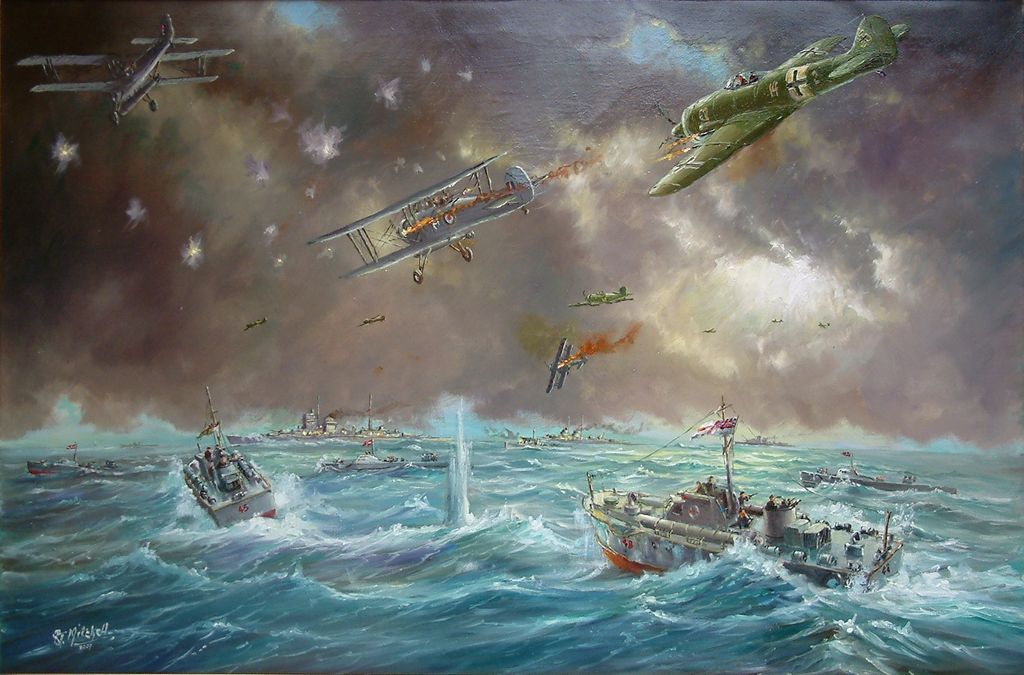 We had a couple of ME109's come down and buzzed us, but didn't fire, I could plainly see the pilots face under the canopy grinning at us, he was only about 40 feet up, but they didn't fire either, they obviously all thought we were pathetic and insignificant, which we were, our cockleshells were only intended to creep up on something in a calm sea at night, probably only doing about eight knots, not Battleships doing thirtyfour knots in a rough sea in broad daylight. So we fired our torpedoes at maximum range, no result, and at this juncture a large Waterspout appeared close to us, then another and another, it was a German German Destroyer tearing up on us, so we turned around and put our feet down to get out of it, he following, so we sailed straight over the Goodwin Sands, knowing he couldn't follow us as it was too shallow."

These actions are not in Chronological order, I can't remember that much after fifty years, but I do remember the date of the the 'Channel Dash' as it was five days before my 19th birthday. 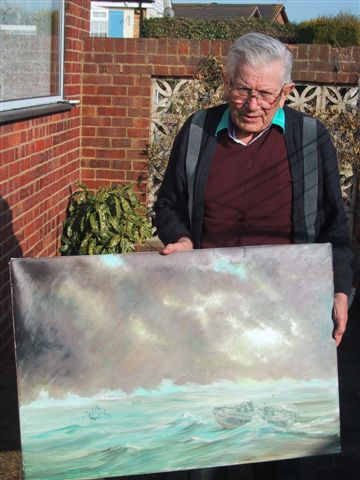 Reg with his painting of the Channel Dash Battle (shown above) shortly after commencing work on the subject during the early summer of 2009. The Channel Dash Memorial Trust are grateful to Reg for the donation of this fine painting.