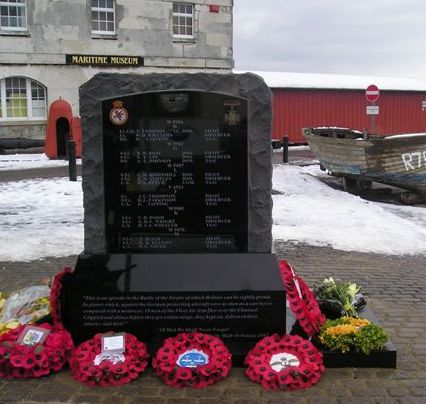 The Channel Dash Association are proud to announce that the unvleilling and dedication of the Memorial Monument to 825 Naval Air Squadron took place at Ramsgate on Friday 12 February 2010.

- out into the Dover Strait onboard a Pilot Launch belonging to Estuary Services Limited. 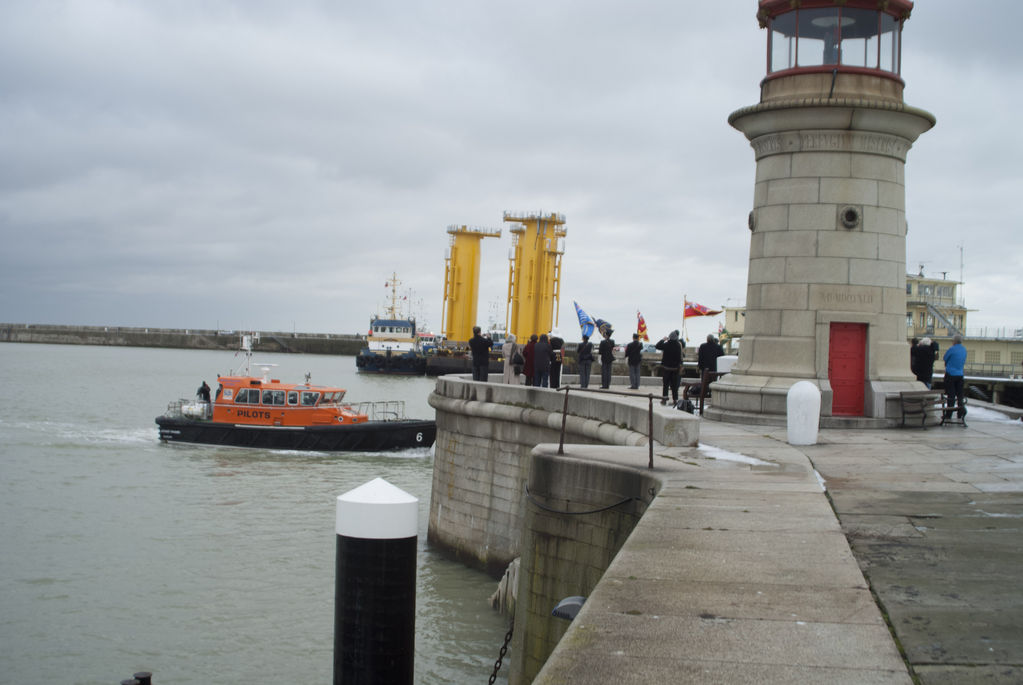 Following a short and moving Committal Service the ashes, wreaths and floral tributes were laid on the waters. During the wreath laying a Tucano aircraft of 72 Squadron RAF overflew the ceremony in lone salute.

This was indeed a fitting finale as Edgar, 'Mac' and Les joined the thirtee